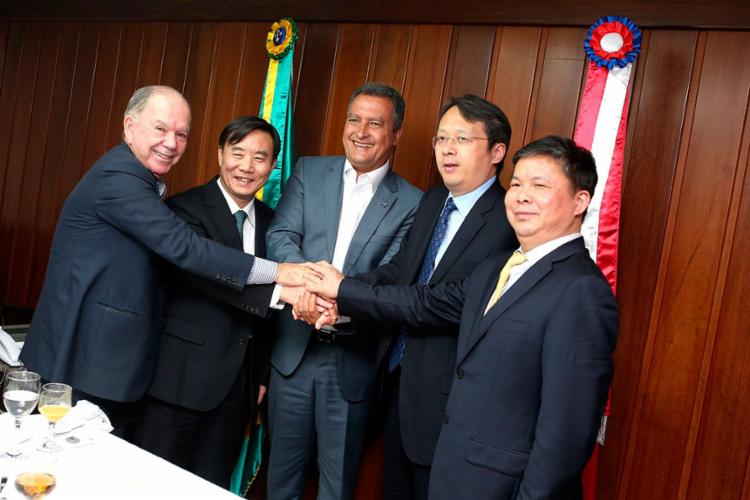 The Government of Bahia is preparing to launch in the second half of the bidding process for the construction of the Salvador-Itaparica Bridge. The intervention is part of the Western Road System (SVO) project, whose construction will be possible thanks to the public-private partnership (PPP), budgeted at R $ 5.34 billion, with a contribution of R $ 1.51 billion from the State. The initiative will open the way for the region directly impacted to receive, during the concession, public and private investments three times larger than the resources spent on the site.

According to information from the Government of Bahia, the SVO will benefit 10 million people, who live in about 250 municipalities of Bahia. With the construction of the bridge and other road interventions of the project, the Island of Itaparica, the south of the Recôncavo and the territory of the Southern Lowlands will have the stimulated socioeconomic growth, as it happened in the North Coast after the construction of the Coconut Road and the Green Line.

The region’s development plan provides incentives to nine sectors: education, health, public safety, logistics, shipping industry, tourism, agriculture, trade and construction. In 30 years, the expectation is that the growth of these activities will create 100 thousand new jobs. The Salvador-Ilha de Itaparica bridge will be the second largest in Latin America, with 12.4 kilometers and will occupy the 23rd position in the world ranking of bridges.

According to the deputy governor and secretary of Economic Development, João Leão, the Government of Bahia guarantees, in the project, a minimum number of traffic for the economic viability of the Salvador-Itaparica bridge. “Our project is economic development for the state. So this is not a bridge that will serve only to Salvador and Itaparica, but will be a new vector of development for the entire state, just as they were the Petrochemical Pole and the Industrial Center of Aratu in the 70s and 80s, ensures.

In June, business and investment groups from China, Italy, Spain and France were in Salvador participating in a discussion on the Western Road System (SVO). The meeting took place at the headquarters of the Secretariat of Economic Development (SDE), at the Administrative Center of Bahia (CAB). Representatives of interested companies, the State Government and national and foreign funding agencies were present.

At the opportunity, the manager of Urban Mobility, Ports and Airports of the National Bank for Economic and Social Development (BNDES), Rafael Ferraz, highlighted institutional security that Bahia offers for large investments. “We have a very successful case in Bahia, which is the Salvador subway. The design of the bridge was also well done. The expectation is for good competition in the auction, “he said.

In this sense, the commercial director of the Italian company Salini Impreglio, Massimo Guala, stressed that Bahia emerges as a state that offers investors security. “Now we are reaching an interesting point, with guarantees presented, such as minimum volume of traffic and exchange protection. They are positive aspects. ” The state Secretaries of Planning, Walter Pinheiro, and Infrastructure, Marcus Cavalcanti, also attended the event.

For the secretary of the Civil House, Bruno Dauster, the presence of businessmen and funding agencies demonstrates the importance of the project. “This may be the last meeting with stakeholders not only in participating in the construction of the bridge, but also in funding. In addition to the BNDES and Desenbahia, international banks and development agencies are present. We are going to launch the edict at the latest until July 30 and we will open the public notice on the São Paulo Stock Exchange until the end of September, “he said.