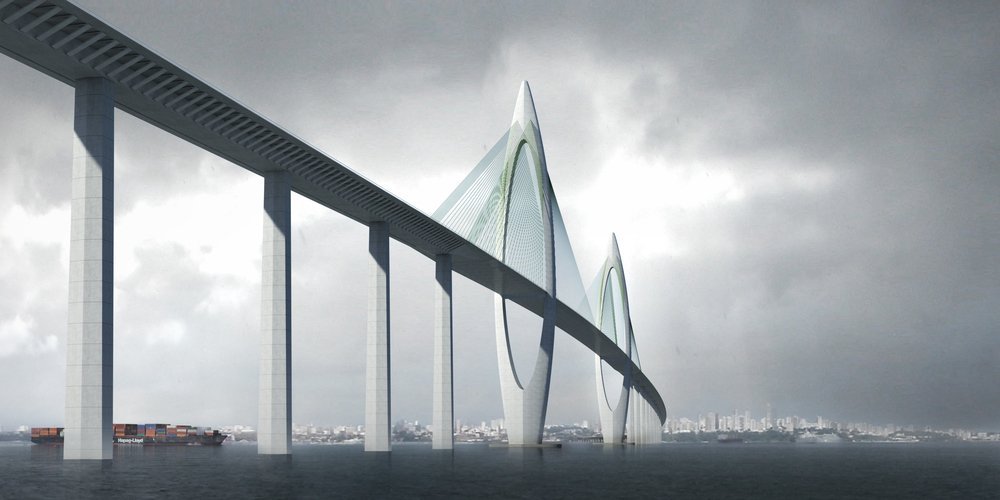 The deputy governor and planning secretary of Bahia State, João Leão, received a Chinese delegation of representatives of the CR-20 on Tuesday, which is part of the group of five major bridge and highway construction companies in the world. The Chinese came to inform the government of Bahia about the company’s willingness to invest three billion dollars in the construction of the Salvador – Itaparica Island Road Bridge and the duplication of the highway to the south linking the Island to the municipalities of Santo Antônio de Jesus and Valença. During the meeting, which was attended by the coordinator of the SVO (Sistema Viário Oeste) project, the economist Paulo Henrique Almeida, representatives of the CR20 analyzed technical aspects and the economic equation of the project. After the meeting, the delegation led by the deputy governor to the State government to inform the CR20’s intention to the Governor, Rui Costa.

According to Leão, “the interest of CR20 to contribute this amount of capital in the construction of the Bridge evidences the technical strength and economic viability of the SVO project, which, as a state government, we had the capacity to build.” The coordinator of the SVO project, Paulo Henrique Almeida, said that “it has a very great relevance that a company with the know-how of the CR20, which has built hundreds of bridges, road and rail systems in several countries.” “I consider the SVO project as a project technically and economically ready to run. This makes us happy because SVO is a team project that, in addition to the companies specialized in technical, structural, oceanic and economic studies, has a large number of professionals from Bahia who contributed to its construction, “he said.

In China, government advances in understanding to concretize Ponte Salvador-Itaparica